When thinking about the future, the science (art? mathematics? guesswork?) of population projections can tell us a lot. How many people are likely to live in a particular place? What kind of housing will they occupy? What jobs will they work in? Will they have kids … and what schools are planned?

All these questions (and the associated answers) can help us think about how we join with God in mission in a particular locality.

And there’s a whole bunch of places where we can start looking for the data.  Click through for a few options to pursue when it comes to tracking down population projections for your community.

Many local councils have a clear picture of what development is likely to occur within their bounds, and who are the likely target market for new residential real estate developers.  Check with your local council’s community development office, or take a look at the website of .id —consultants who produce a lot of LGA-based projections and make them publicly available. As of writing Queensland shires including Rockhampton and Cairns (and nearby neighbours in the Tweed) have received the .id treatment—but more shires are likely to appear on the list—so check here from time to time.

The Queensland Government Statistician produces a vast array of population, demographic and (importantly) projection data. This will give you access to population projection data  based on three different categories of geographical area (Statistical Area 2 is the smallest, roughly equating to suburbs) so you can look at projections for the area you’re after.

New in 2014 is the ability to product population projection maps—showing where population growth is expected either by local government area, or Statistical Area Level 2 (think suburbs).  Head over to the Queensland Government’s thematic maps page, chose the “Population Projections” option at Step 1, and then the other options you want. The resulting map is zoomable to the specific area you are interested in. Here’s a sample map of Queensland, with total projected population growth for 2016–21 broken down by Local Government area (LGA): 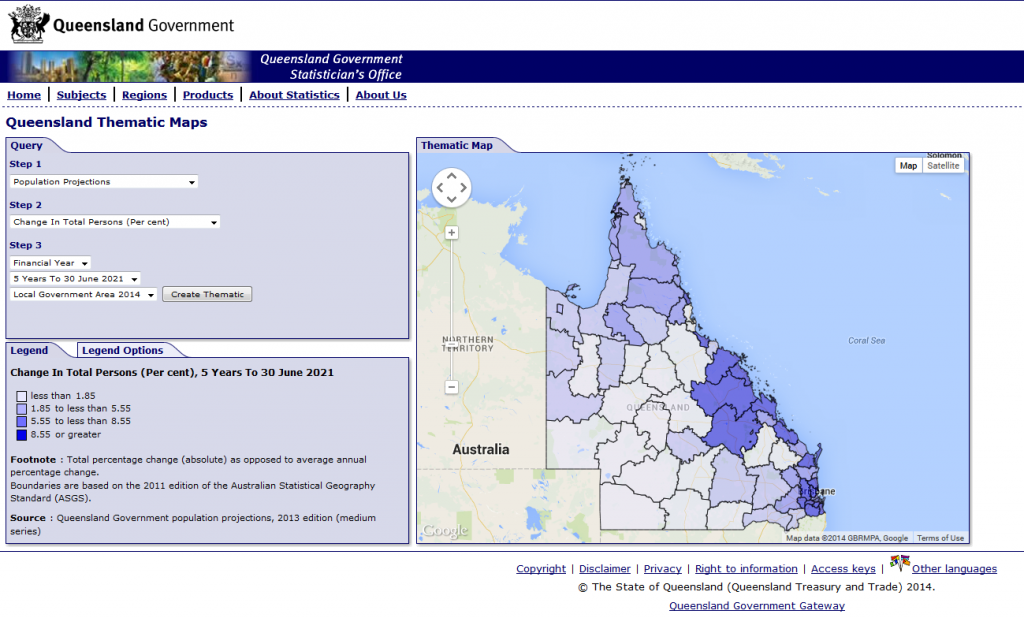 Education Queensland have produced the excellent Interactive Schools Infrastructure Demand mapping service—a tool that visually represents project population growth of primary and high school-aged students in the next 10 and 20 years respectively. For EQ it’s a planning tool to assess the location of schools, but it also provides valuable insights into the likely shifts (both growth and contraction) of families in every corner of Queensland. Here’s a sample map from Toowoomba: 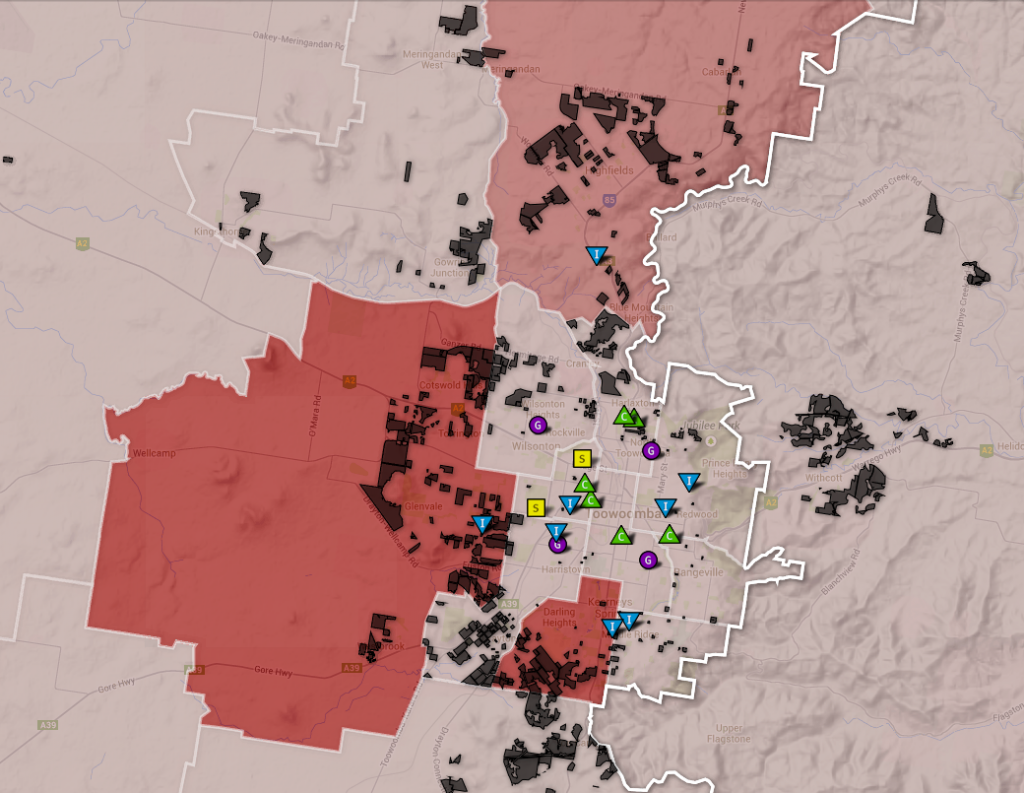